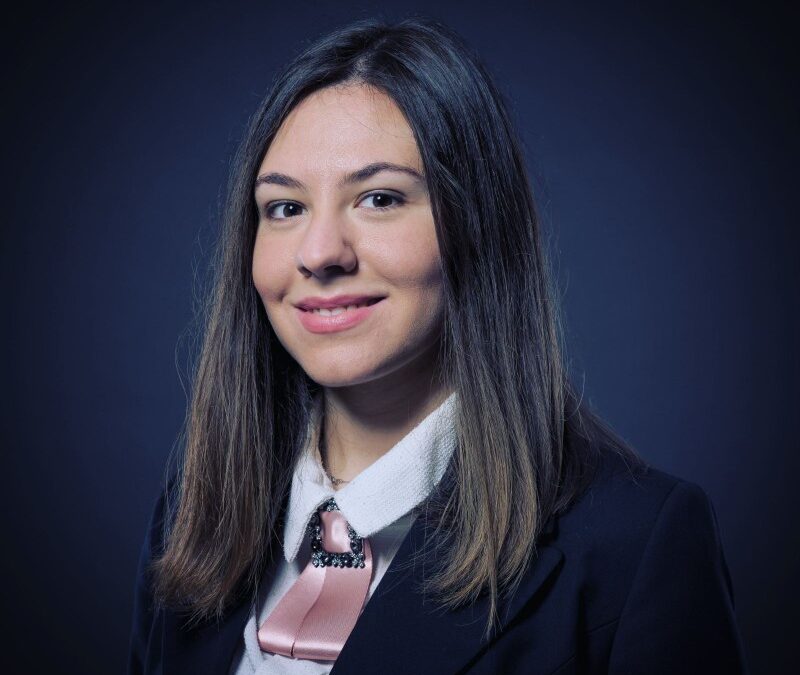 “We are very excited to work with Jelena. Her dedication and great skill set are exactly what we need to strengthen the Association and better serve the ever-growing base of World Space Week participants,” said Association Executive Director Maruska Strah.

A native Serbian, Kovacevic studied International Relations at University of Ljubljana, where she completed her bachelor’s degree. While developing her diplomatic skills, she became enthusiastic about space diplomacy.

“I am excited about this opportunity to understand the global space sector and serve it with my skills in international relations. That is why I see my position in the Association as an amazing opportunity,” she said.

World Space Week, October 4-10 each year, consists of thousands of events in over 90 nations to inspire youth and educate the public about space. Events are held by schools, space companies, space agencies, museums, astronomy clubs, and volunteers who synchronize space outreach to maximize impact, according to the Association.

Each year, World Space Week Association selects a theme for World Space Week (WSW). This year’s theme, “Space and Sustainability,” will explore two aspects:  how space contributes to sustainability of Earth, and sustainability of the space environment, said Strah. “WSW 2022 will raise awareness and contribute to solutions using space technologies and applications for achieving socio-economic development and the UN’s Sustainable Development Goals (SDGs). It will promote the importance of the long-term sustainability of outer space activities and the protection of the orbital space environment,” she said.

“I am honoured to serve World Space Week Association and contribute as much as possible to its aims,” said Kovacevic.  Motivated by space and astronomy since childhood, Kovacevic said she was inspired by Nikola Tesla who said, “The shining star asks us to watch it, and if we were not too obsessed with ourselves, we would understand its language and messages.”

World Space Week Association is the global coordinator of World Space Week. A volunteer-led, international non-government, non-profit organization, the Association is a permanent observer on the UN Committee on the Peaceful Uses of Outer Space.  It is supported by voluntary contributions of sponsors including Lockheed Martin, Jacobs, SES, SpaceX, Silhouette, ASRC Federal, ULA, Collins Aerospace, Airbus and Oceaneering.  The Association, founded in 1982, is one of the world’s oldest space advocacy organizations.