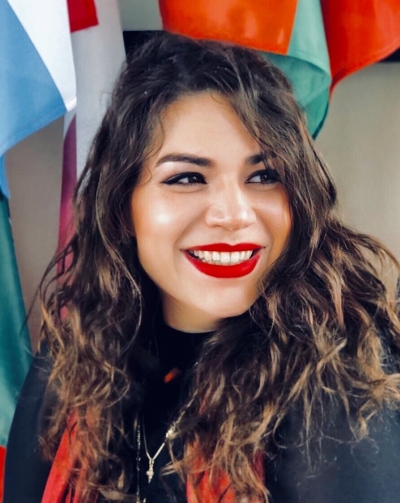 A native of Slovenia, Strah studied International Relations at Webster University Vienna, where she completed her master’s degree and discovered her deep interest for space. This 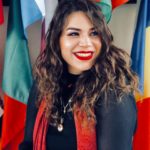 “I am excited to work with the Association and help write the amazing story of World Space Week success,” said Strah. “Space has been a great interest of mine ever since I read my first chapter on international space law. I am thrilled to start my space story at WSWA right before this year’s World Space Week.”

“I will do my best to bring space closer to humanity through the annual celebration of World Space Week. I especially look forward to inspiring young people using space during WSW. Indeed, students today can truly aim for the stars,” she said.

World Space Week, October 4-10 each year, consists of thousands of events in over 80 nations to inspire youth and educate the public about space. Events are held by schools, space companies, space agencies, museums, astronomy clubs, and volunteers globally who synchronize space outreach to maximize impact, according to the Association.

About World Space Week
The largest space event on Earth, UN-declared World Space Week is celebrated October 4-10 annually. It is an international celebration of the contribution of space science and technology to the betterment of the human condition. World Space Week consists of a myriad of space-related events held by space agencies, aerospace companies, schools, planetaria, museums, and astronomy clubs in a common timeframe to achieve greater student and public impact through synchronization.

About World Space Week Association
World Space Week Association is an international non-government organization and was incorporated as an IRS-approved 501 (c)(3) non-profit organization in the United States in 1982. It is led by an esteemed Board of Directors comprised of global space leaders and other dignitaries, an executive team that manages operations, and volunteers that support them. The mission of the Association is to strengthen the link between space and society through public education, participation, and dialogue on the future of space activities, using World Space Week as a focus. The Association has permanent observer status on the UN Committee on the Peaceful Uses of Outer Space and is supported by voluntary contributions of sponsors including Lockheed Martin.