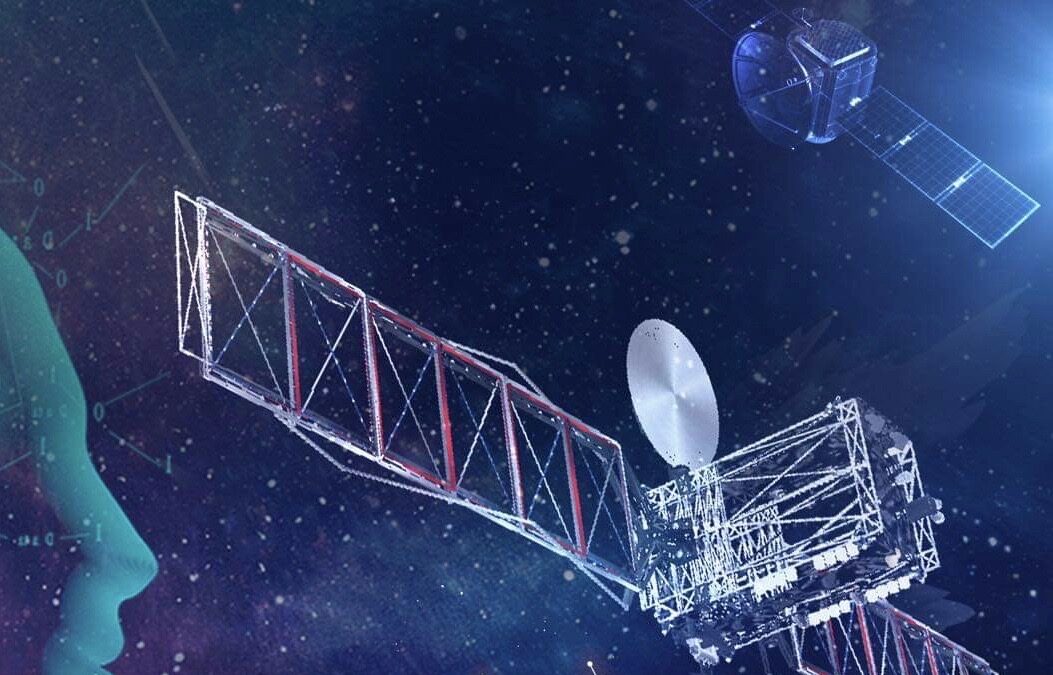 There are safe and exciting ways to celebrate World Space Week, 4-10 October 2020 safety given the COVID-19 pandemic. One way is to observe satellites. This article describes how.

The WSW 2020 theme, Satellites Improve Life, encourages students and the public to learn about satellites and the many ways they improve life on Earth. A first step is to simply observe satellites from your backyard. If you can see stars from where you live, you can probably see some satellites.

Observing satellites is simple. After sunset when the sky is dark, go outside and turn off any outdoor lights. Let your eyes adjust to the darkness. Look at the stars. You can easily tell a satellite from a star because the satellite is moving slowly. Sometimes it may appear to blink because it is rotating. Satellites will move across the sky from horizon to horizon.

You can see satellites in the early evening because, although it is dark where you are standing, there is still sunlight above you in low-Earth orbit (LEO). You can see LEO satellites because they reflect light from the sun to your eyes. On a typical evening with dark skies, you can easily see several satellites. This technique also works just before dawn.

Once you and your children see a satellite, you may wonder which satellite am I seeing? There are several apps and websites that show which satellites can be seen based on your position and time.

The brightest satellite of all is the International Space Station (ISS). This massive orbiting laboratory is operated by the United States, Russia, European Space Agency, Japan, and Canada and is permanently crewed – since almost 20 years. You can use this web site to predict when you can see an overhead “pass” of ISS:

Another good website to predict when satellites are passing overhead (make sure you set your location first) is this: https://www.heavens-above.com/AllSats.aspx

Telescopes and binoculars are not needed to observe satellites. In fact, the naked eye is necessary to identify satellites moving against the starry background.

The number of LEO satellites is increasing. Large satellites in very high (geostationary) orbit have been used for decades to relay TV and communications around the world. These include satellites built such companies as Lockheed Martin and operated by SES. Several companies such as SpaceX are launching many smaller satellite constellations into LEO to provide internet and other services to under-served regions of the Earth. Soon there may be thousands of such satellites in LEO, helping people around the world connect and stimulating the economies of developing nations.

Parents, take your children outside after sunset during World Space Week, October 4-10, to see real satellites improving lives above you in space! This will be exciting to children and stimulate their interest in space and technology.