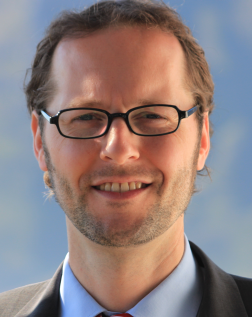 Alex is an Operations Engineer for Space Applications Services based in Belgium, where he is operating European payloads onboard the International Space Station since 2009.
Alex has extensive experience volunteering in the global space community. Since 2005 when he joined the Space Generation Advisory Council (SGAC) he held a number of volunteer positions, most notably Alex served as SGAC’s Chairman from 2007 to 2009, created the Project Coordinator position and held it from 2008-2010. He led SGAC’s Near Earth Objects (NEOs) Project Group that he started in 2007 until 2015.
Alex was a senior member of the OEWF’s MARS2013 Mars Analog Mission team and has been a member of the organizing committee of the bi-annual IAA Planetary Defense Conference since 2009. Since 2012 he is a member of the IAF technical committee on NEOs.
Alex holds a Postgraduate Master degree in Space Exploration and Development Systems from the Politecnico di Torino in Italy and he received his Diplom (FH) in Aerospace Engineering from the Aachen University of Applied Sciences, Germany.