A total of 3695 WSW events were reported in the calendar this year. 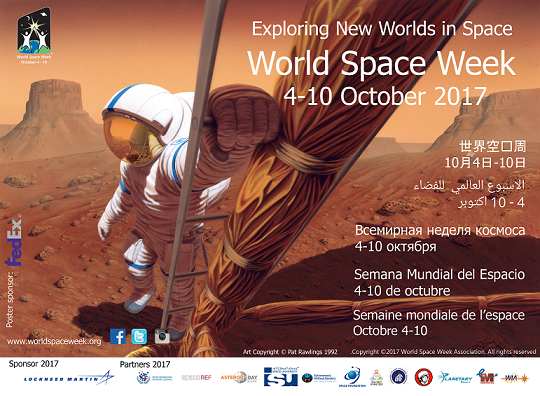 Events throughout the world will celebrate, educate and inspire the general public and children about Space and its benefits to humankind during World Space Week this year.  Please find a few key events highlighted below.  You can also view the detailed event calendar.

World Space Week 2017 was, by far, the largest space celebration in history.   The total number of events was around 3,800 in 80 nations.   This compares to about 2,800 events in 82 nations in 2016.   There were over 1,000 organizations participating. Map with locations of registered events in 2017 is here. Be part of the World Space Week family, celebrate WSW2018!