A total of 5355 WSW events were reported in the calendar this year. 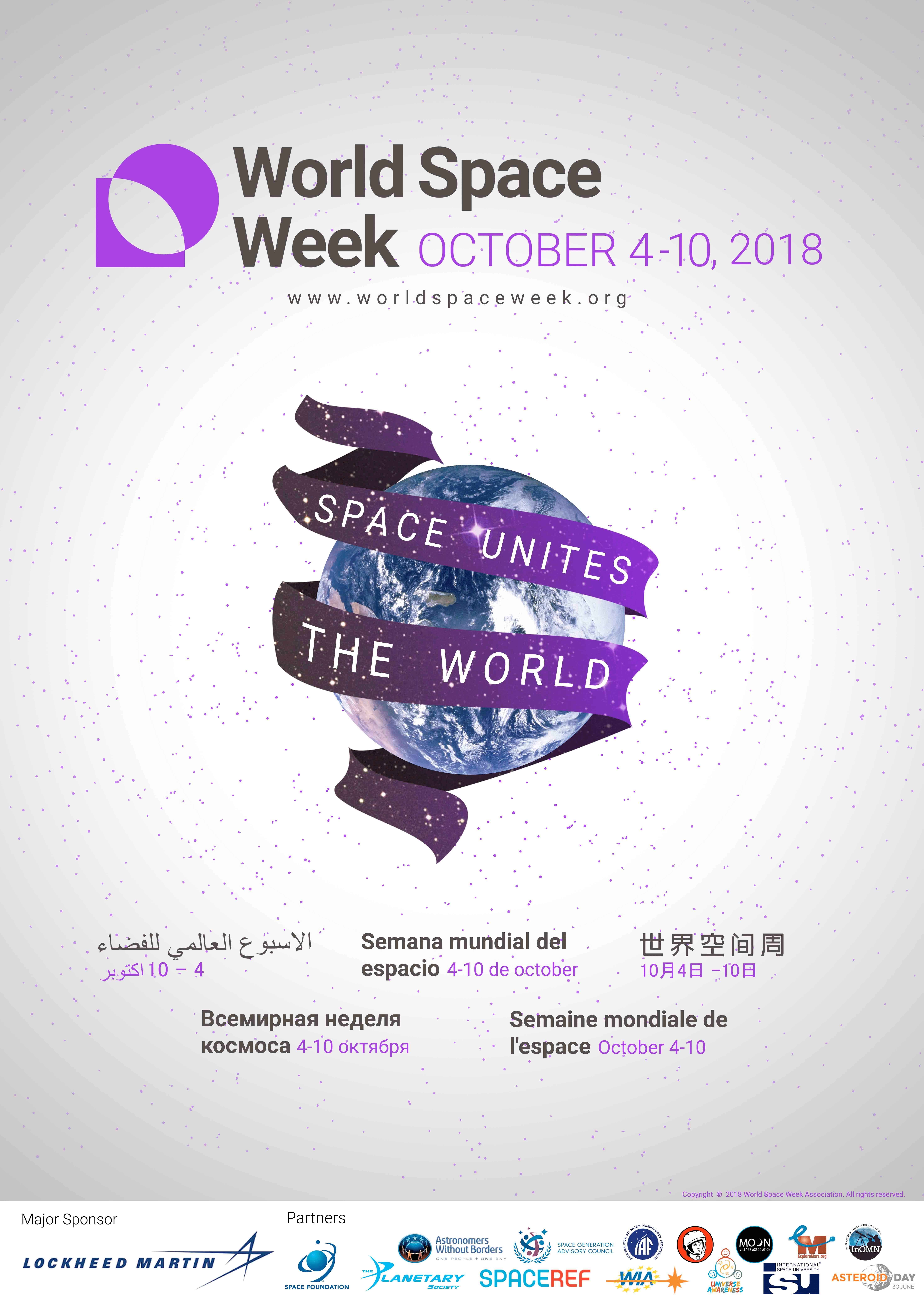 World Space Week 2018 broke records with a reported 5,422 events in 86 countries October 4-10.  The theme was “Space Unites the World.”  Below are some highlights of this amazing celebration of space, the largest in world history.