A total of 6,418 WSW events were reported in the calendar this year. 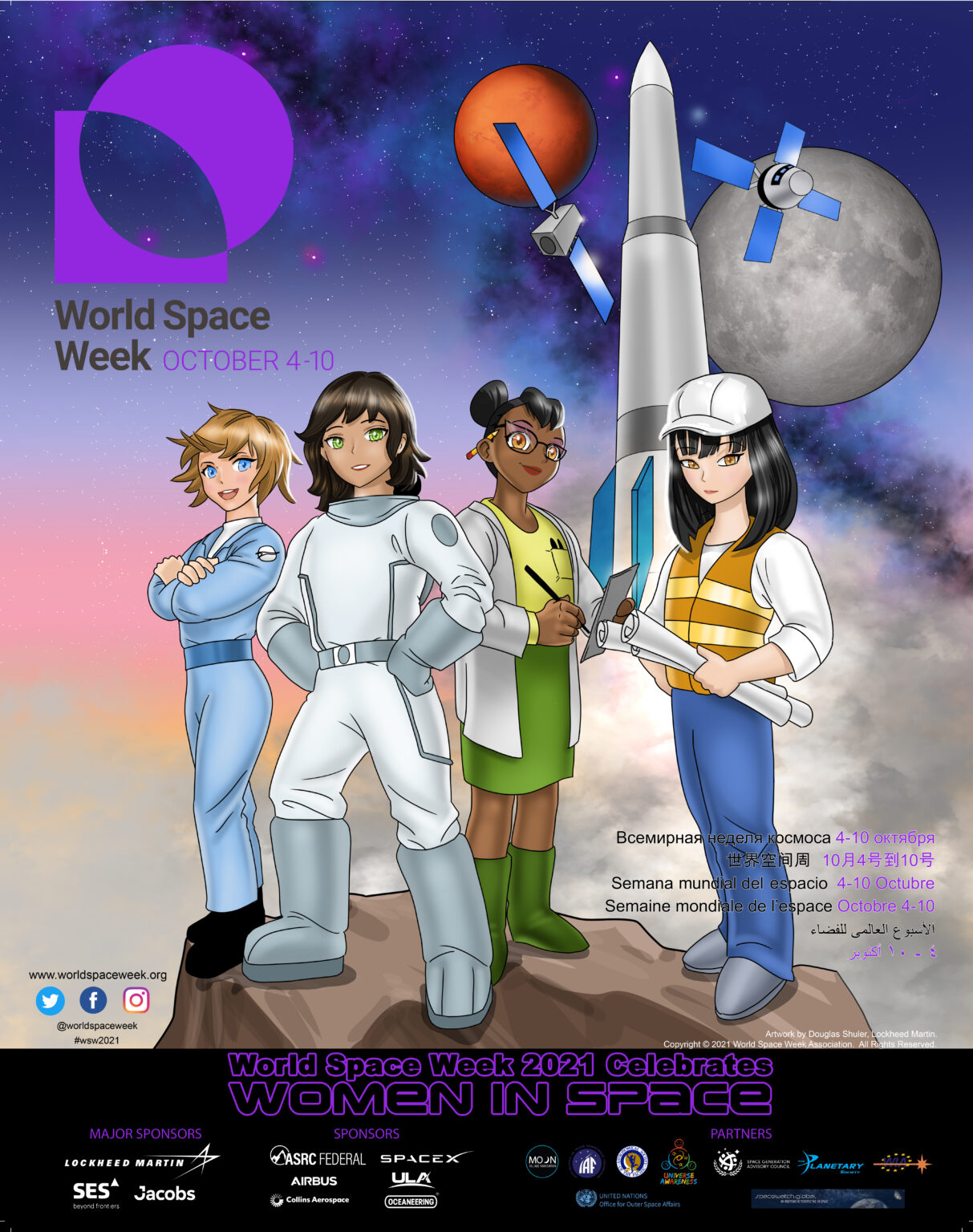 World Space Week is an UN-declared celebration of space held annually, every October 4 to 10. It is the largest space event on Earth, with over 6,000 events reported in 2020 and held in 91 countries. These events are organized by thousands of organizations, including space agencies, aerospace companies, astronomy clubs and museums. In 2021, World Space Week was dedicated to the theme of “Women in Space”.

The Association recognized the need for female role models who would inspire the next generation of young girls and students to enter the space sector. The 2021 theme of Women in Space aligned preparations to send the first woman to the Moon.

Despite the global pandemic, there are safe and exciting ways to participate and celebrate World Space Week. The Highlights section showcases some of the creative, innovative and popular events bringing people together to celebrate space.