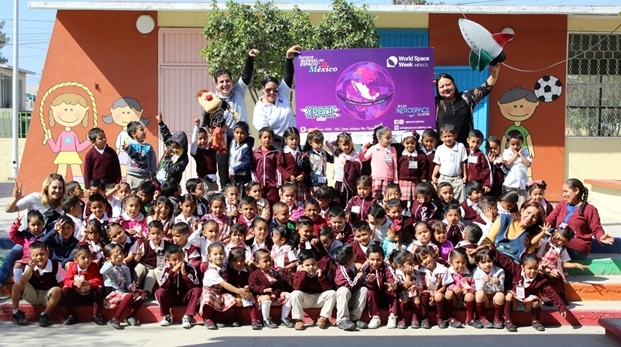 The annual World Space Week celebration each October 4-10 continues to break records, with a reported 5,422 events in 86 countries last year, it was announced today.

“World Space Week 2018 had 45% more events than the previous year,” said Dennis Stone, President of World Space Week Association.  “We saw growing participation in Saudi Arabia, Mexico, and India, as well as across Europe and the United States,” he said.

The World Space Week 2018 Annual Report was released today for presentation at the United Nations Committee on the Peaceful Uses of Outer Space meeting now in Vienna, Austria.

“World Space Week showcases the importance of space and provides an opportunity to everyone to have their voice heard, no matter the age, gender or nationality,” said Maruška Strah, World Space Week Association’s Executive Director.

Highlights of World Space Week 2018 included nationwide activities in Saudi schools, nationwide celebrations across Pakistan, and a rich diversity of events in such countries as Croatia, Syria, Ethiopia, Ireland, Nigeria, Romania, and Thailand, all celebrating the theme “Space Unites the World,” according to the Association. 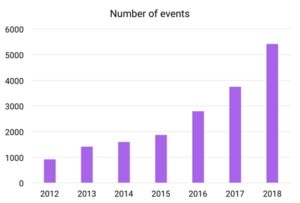 This coming October 4-10, World Space Week 2019 will celebrate “The Moon: Gateway to the Stars” in recognition of the 50th anniversary of the first human landing on the Moon and the importance of our nearest celestial neighbor in future space plans, the Association reported.

World Space Week Association is the global coordinator of World Space Week. A volunteer-led, international non-government, non-profit organization, the Association is a permanent observer on the UN Committee on the Peaceful Uses of Outer Space.  It is supported by voluntary contributions of sponsors including Lockheed Martin. The Association, founded in 1982, is one of the world’s oldest space advocacy organizations.