The World Space Week Association (WSWA) began in 1980 as the coordinator of “Spaceweek,” a celebration of the first Moon landing, each July 16-24. The first celebration in Houston that year was led by Ernie Hillje, Troy Welch, David Koch, and Dennis Stone. In 1981 they formed “Spaceweek National Headquarters” to organize a nationwide celebration in the United States. By 1999 Spaceweek had spread to over 15 nations.  (See “Historical Timeline” below.)  It was in 1999 that the UN General Assembly declared “World Space Week” to be held every year from 4 to 10 October.   The organization offered to the UN to serve as global coordinator of World Space Week, and helped organize the first such celebration in 2000.   Today, the Association continues to build the size and impact of this annual celebration of space, the largest in the world.

Every year the World Space Week Association Board of Directors selects a theme to highlight an aspect of space with broad appeal to humanity. This theme provides guidance to World Space Week participants on the content of their programs. Event holders are encouraged to address the current year’s theme in their events and publicity. 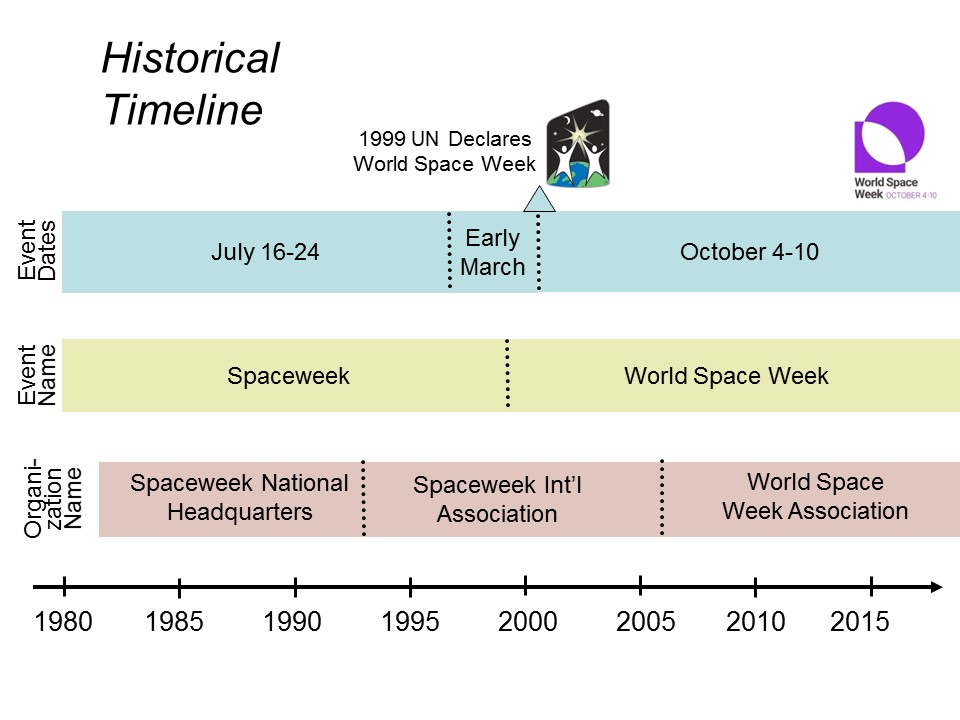